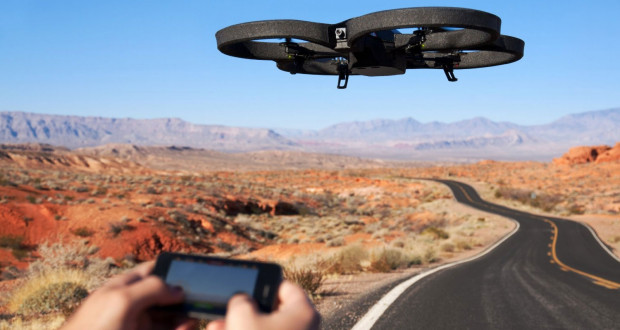 Often a time, video games have occupied the greater share of our leisure time and to this end there are a great variety of video games available today. I was a great fan of video games until I discovered a great alternative that allowed me the opportunity to enjoy the outdoors while deftly maneuvering my game controller – quadcopter drones.

Picture this, you are out in the wilderness, with lots of fresh air, the weather is great, catching up with your favorite crowd and each of you has brought out their latest quadcopter drone for a match up.  Soon the skies above you are filled with whirring masses of X shaped contraptions of different makes, sizes and colors.

These beautifully crafted drones from leading brands such as Estes, Husban, Syma, DJI and Blade take to the skies, at various speeds, brilliantly spinning, yawing, pitching and rolling; creating such a surreal scene.

Some of the drones taking to the skies are fitted with GoProcameras, transmitting live feeds of the ingenious maneuvers being spectacularly executed, to your smart devices. In addition to being a great fun outdoor activity, drones let you film such an outing from incredible angles, without excluding you from the footage.  Raking up views and followers on your Youtube channel has never been this supercharged.

Like any fun thing worth doing, skillfully maneuvering a drone requires, yes you said it, skills. Primarily, a drone is controlled with the standard two-joystick transmitter puts you in charge of direction, altitude and all the other fun tricks. Proficiently handling and maneuvering a quadcopter takes patience and practice.

However, logging in flight hours does not mean putting your high-end, camera ready drone (read expensive) at the mercy of your fledging skills. It would be equivalent to learning how to juggle using chunks of cactus.

I hate to admit it but you may have to turn to video games, specifically RC flight simulator, in order to avoid smashing your brand new quad to smithereens on its maiden flight. Subsequently, you might opt to horn your skills with a hobby grade micro-quad such as 1SQ from Heli-Max – an excellent choice for beginners.

The 1SQ is a palm sized, durable quad molded in tough plastic parts and composite materials that withstand the inevitable ‘incidental’ bumps associated with novice fliers. It features a state of the art stabilization system that makes it easy to fly outdoors for newbies. This quad comes fully configured, ready to fly and is packed with an extra set of rotor blades – you are sure going to need them.

Either case helps with the seamless transition to genuine flying after enough practice.